Unit testing in many enterprise settings is an interesting phenomenon. In particular, actual code for features will be very clean, maintainable, and stick to very particular conventions. However, unit testing can be a bit all over the place. This is one of a number of articles that will be written with regards to unit testing.

In unit testing it can be very difficult to keep in sync the mocked data you are using, with actual data used within app’s actual live UI. The easiest, and most efficient way of doing this is creating interfaces. The part where it becomes tricky, is that generally data is used in multiple places. For instance, we might have state that is contained in a separate component, wherein the data it originates from can be somewhere else. In addition, the data might also be used in some other component as well as in some other service.

An interface at its core is responsible for making sure that data follows a pre-described schema. The part that is counter-intuitive in an Angular setting, is what happens when you have services, components, state, and spec files all vying for the same data. Do we use one interface for all of them or different ones for each file group? If we do end up using one interface, what sort of data structure is it that we will use for all of these files.

As we discussed in the previous paragraph, in an Angular application, there will be services, components, state, and spec files vying for the same data. The dilemma when it comes to interfaces, however, is that they need data in different ways. I would like to layout this data in detail. Let’s imagine that we have a form that we need to specify data for a grid that will be displayed:

In Sync Data — The Solution

This, however, requires that all the files be tightly coupled together. In order to do this, we must create a well thought out folder/file structure. This is what we will be calling Data Access architecture.

I would like to point out that much consideration has gone into the following folder/file structure. It assumes that your component will hook into the backend, and use state management. How each part of it interacts with each other is for another time. However, right now the focus is on where the interface is located. 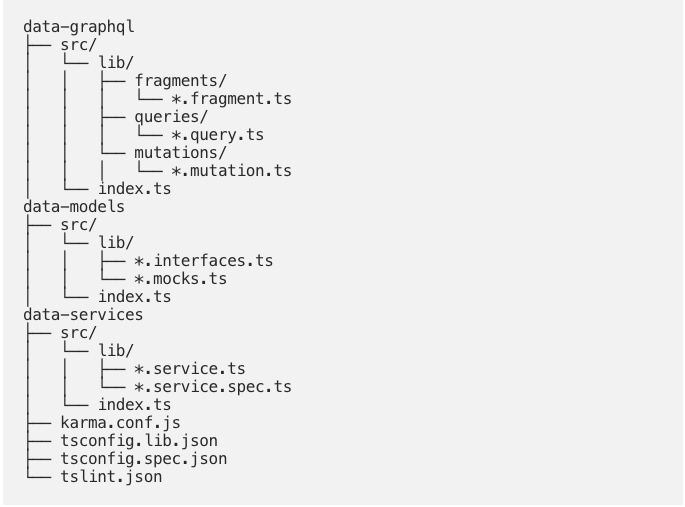 There will be no module for services and instead we will use providedIn within our @Injectable decorator. For instance:

This will allow us to use the service in whatever module we would like, without having to import a module.

The respective component will contain the state. For instance: 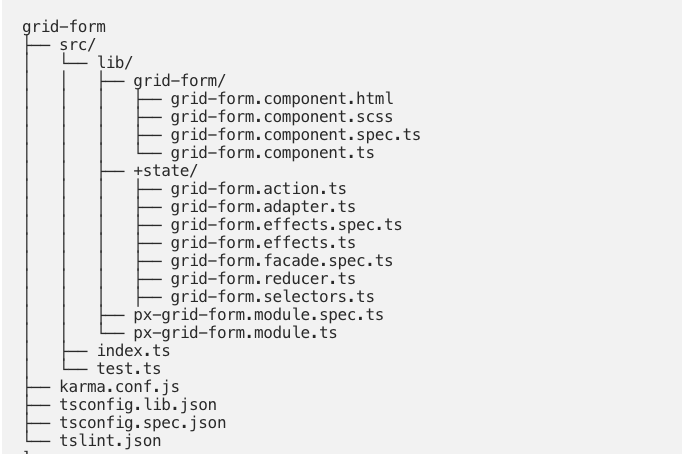 Now that we have proposed the data-access architecture, let’s run through it real quick and see how we might use the interface, to strongly couple data across our application.

This interface is going to be used across the entire data cycle.

In our service, we will use the interface to determine what sort of data we expect to be pulled in.

Without going into detail of what unit tests it is that we will be writing, for service spec, we will use the grid-form mock, to make sure data passed in equals the data we expect. This is will use both mock and interface.

For simplicity sake within our app, we are going to take the data as is, and pass it directly into our store to be used within app:

Here we have the interface telling our app that all data within our reducer must consist of the three items we have specified in our GridForm interface.

Here we are using a singular mock for our reducer spec. Staying true to our architecture, it the interface/mock changes in one place, it will affect all others.

In our param for the state, the most data-heavy part of our effect, we are once again using the same interface of GridForm.

Here we are attaching the mock for GridForm.

There is obviously quite a bit of code above. Really it is just to prove the point that by having a singular interfaces.ts file, and a singular mocks.ts file, you can tightly couple the following:

That is quite a powerful architecture.

Thank you for reading, and until the next one.